The Lost Words aiming to reconnect children with the natural world 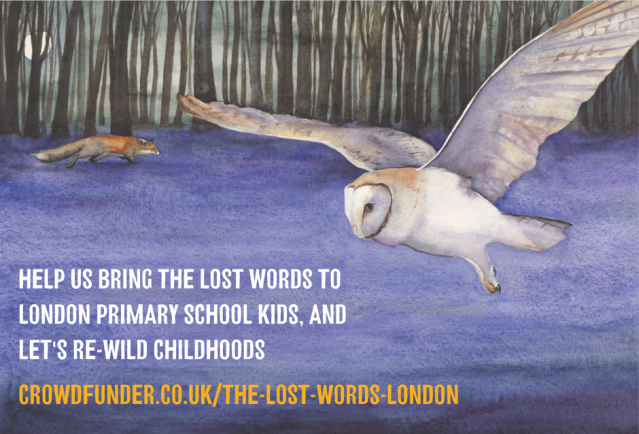 It’s nothing new to hear that children are becoming increasingly disconnected from the natural world. We are living in an age where interacting with technology is often preferred to leaving the gadgets at home and heading outside. Around 90% of the UK population live in urban areas and, infamously, three quarters of UK children spend less time outdoors than prison inmates, with only 10% of them regularly playing in natural spaces. 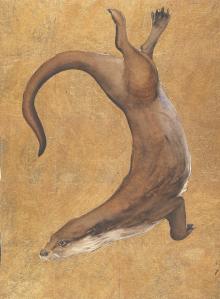 An outstanding RSPB report from 2013 found that ‘only 21% of 8-12 year olds in the UK have a level of connection to nature that the RSPB considers to be a realistic and achievable target for children’. It went on to explain the issues that this disconnection can cause, including lower achievement at school, poorer mental and physical health and underdeveloped social skills.

And it’s not just issues to the individual that a disconnect from nature can lead to. David Attenborough said in 2015 that:

At a time where climate change and species extinction are very tangible problems, it’s never been more important for people to understand and care for the non-human, non-technological world. 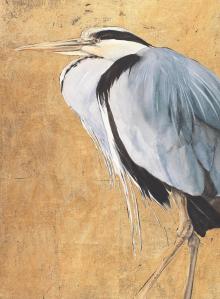 Many readers of this blog will already be familiar with Robert Macfarlane and Jackie Morris’ book The Lost Words, and how it is aiming to address the disconnect between children and nature. The idea behind the book came from the observation that the Oxford Junior Dictionary had dropped a number of common ‘nature words’ from its newest edition, including acorn, kingfisher and willow, and replaced them with words including broadband, celebrity and voice-mail.

This was seen to be indicative of the gap between childhood and the natural world in the UK. Macfarlane and Morris started the book with the aim of summoning these ‘lost words’ – and the creatures and plants they named – back into the minds of Britain’s children. The duo took twenty of the lost words and for each word Macfarlane wrote a summoning spell. Morris brought the spells to life with beautifully evocative illustrations of the plant or animal conjured back into its natural habitat.

The Lost Words was published in October last year and since then has become what Chris Packham has called ‘a revolution’. Thousands of schools in the country are now using the book in their playgrounds and classrooms, sparking classes – even whole schools – to do more outdoor learning, to improve the environments of their schools, and to undertake creative projects around nearby nature. 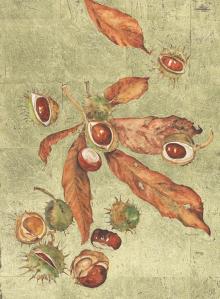 The revolution is spreading, and the book will soon be published in North America and European countries from Sweden to Germany. People are using it as a means to drive change in our relationship with the natural world; to help us see how vital – and how vulnerable – everyday nature is to us in Britain. We will not save what we do not love, and we rarely love what we cannot name.

To this point, however, no campaign has begun to bring The Lost Words to the whole of London. This is why Trees for Cities, with the backing of the Mayor of London’s office, has decided to place a copy of the book in every maintained and special primary school in London – more than 2500 of them – and in this way help re-green early years education in the capital. The charity, which runs the successful Edible Playgrounds programme have set a target of £15,000 to reach this goal. Their partners Bulb will match every £ donated up to a total of £15,000. You can learn more and support the crowd funder here.
For more information on Edible Playgrounds, and what they can do to help reconnect schoolchildren with the natural world, visit the Trees for Cities website. You can keep up to date with all Trees for Cities’ news via their Twitter feed @TreesforCities. 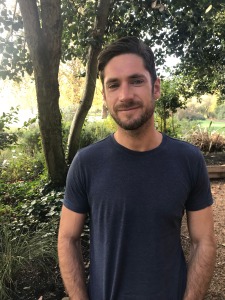 Mike Edmondstone is the Schools Communications Officer for the Edible Playgrounds programme from charity Trees for Cities. Based in London’s Kennington Park, he promotes Edible Playgrounds to schools and coordinates enquiries at a national, regional and local level.

The Edible Playgrounds programme transforms school grounds into vibrant outdoor teaching gardens that inspire learning and get children excited about growing and eating healthy food. It is now in its ninth year and has to date completed projects in more than 80 primary and secondary schools across the country.

Thanks to Trees for Cities’ corporate partners Bulb, there is currently generous funding available to cover the majority of the programme cost.  Get in touch via the website, email, Twitter, or phone 020 7587 1320.